Pigs can be infected with coronavirus, Canadian-US study finds

Pigs can be infected with coronavirus, Canadian-US study finds

1 by MannyM
Pigs can be infected with coronavirus, Canadian-US study finds 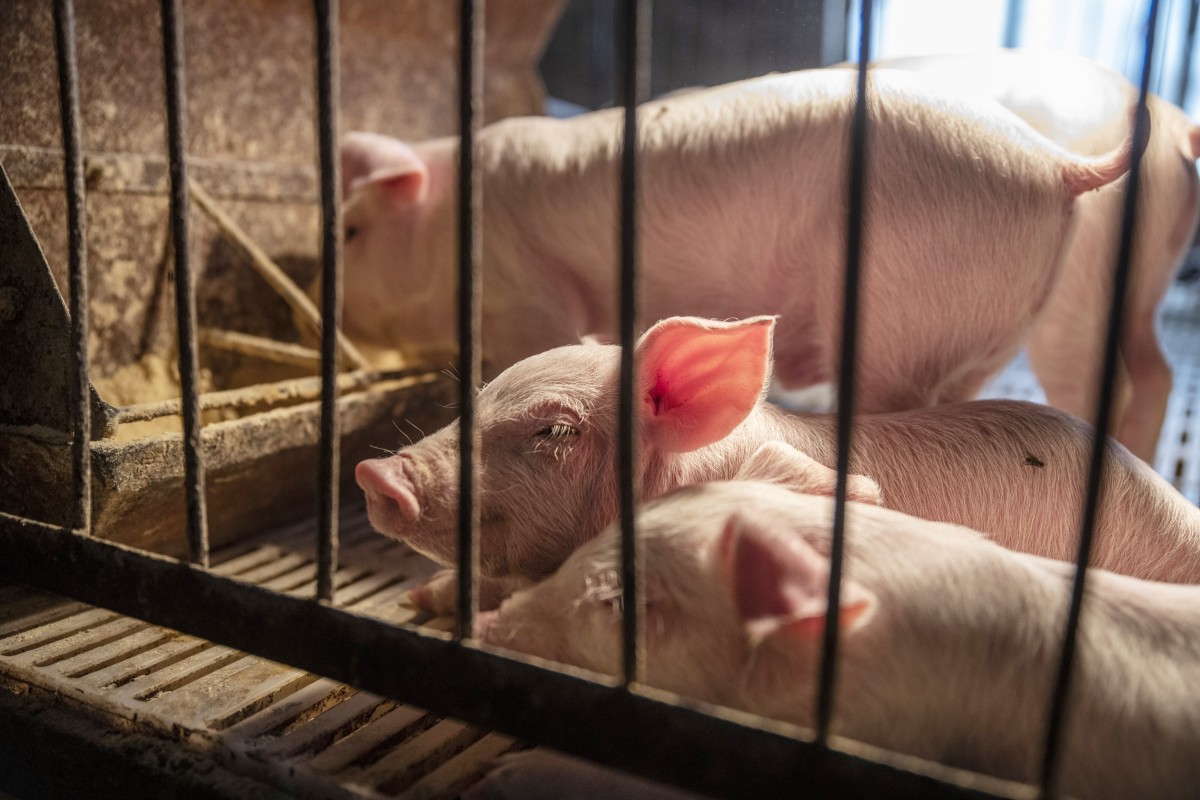 Researchers in Canada and the US say they found the coronavirus in swine tissue about two weeks after infection. Photo: Bloomberg

A Canadian government study has concluded that pigs can be infected with the coronavirus, challenging previous findings on the pathogen’s reach.

In a non-peer reviewed paper published on Friday, a joint research team from Canada and the United States said
Sars-CoV-2, the virus that causes the disease Covid-19 was found in swine tissue about two weeks after infection.

“[This study] provides evidence [that] live Sars-CoV-2 virus can persist in swine for at least 13 days,” the researchers led by Brad Pickering from the Canadian Food Inspection Agency in Winnipeg, Manitoba, said in the paper posted in bioRxiv.org.

The paper comes four months after Chen Hualan, from the Harbin Veterinary Research Institute in northeastern China, reported that a large-scale experiment involving various domestic animals indicated that pigs could not contract Sars-CoV-2.

Chen’s results were published in the journal Science in May, and bolstered by research in the journal The Lancet Microbe in July by Martin Beer from Germany’s Friedrich-Loeffler-Institut.

But Pickering and his collaborators at Iowa State University in the US embarked on their own study after computer modelling suggested that there was a more than 80 per cent similarity between a particular receptor protein in humans and pigs.

The coronavirus uses the receptor protein known as ACE2 to enter cells, and cell experiments found that the human coronavirus could bind with pig ACE2 proteins.
SCMP GLOBAL IMPACT NEWSLETTER
Uncover the most important stories from China that affect the world
SIGN UP
By registering, you agree to our T&C and Privacy Policy

The researchers selected 16 healthy American Yorkshire crossbred pigs from a Canadian farm and gave each pig a dose containing one million active virus particles in their nose and throat.

The doses were 10 times the amount used in previous experiments, according to Pickering’s paper.

After inoculation, the pigs had tears in their eyes for three days, and some had runny noses. One animal presented “mild depression on day 1 accompanied with a cough” that lasted four days.  Other than that, the animals showed no symptoms, the researchers said.

The pigs were then killed and their organs examined but the researchers could find no signs of damage from the infection.

But tissue from under the tongue tested positive and the team found that the virus from this site could reproduce quickly in the Petri dish.
Some blood samples also came back positive for coronavirus antibodies.

In all, about 30 per cent of the pigs in the experiment showed various degrees of infection, including some that were asymptomatic.
“[The results] support further investigations into the role that animals may play in the maintenance and spread of Sars-CoV-2,” the paper said.

Are fears over catching coronavirus from imported frozen food justified? And what can be done to minimise risks
18 Aug 2020
[img]data:image/gif;base64,iVBORw0KGgoAAAANSUhEUgAAAAMAAAACCAQAAAA3fa6RAAAAEElEQVR42mN8+p8BCBghFAAiEQPLD3901QAAAABJRU5ErkJggg==[/img]

Outbreaks in meat packing plants have been reported in numerous countries. A US military study found the virus could remain infectious for at least two weeks on pig skin at 4 degrees Celsius (24.8 Fahrenheit).

There is also concern that animal meat could be a vector of transmission but there is still no evidence that the virus can pass from a domestic animal to humans.

Some scientists have questioned the value of giving animals huge viral doses in the laboratory when real-world exposure might only be to a few hundred living strains.

This article appeared in the South China Morning Post print edition as: Pigs can be infected with virus, Canada-US study finds
CONVERSATIONS


Stephen Chen
Stephen Chen investigates major research projects in China, a new power house of scientific and technological innovation. He has worked for the Post since 2006. He is an alumnus of Shantou University, the Hong Kong University of Science and Technology, and the Semester at Sea programme which he attended with a full scholarship from the Seawise Foundation.

Users browsing this forum: No registered users and 1 guest